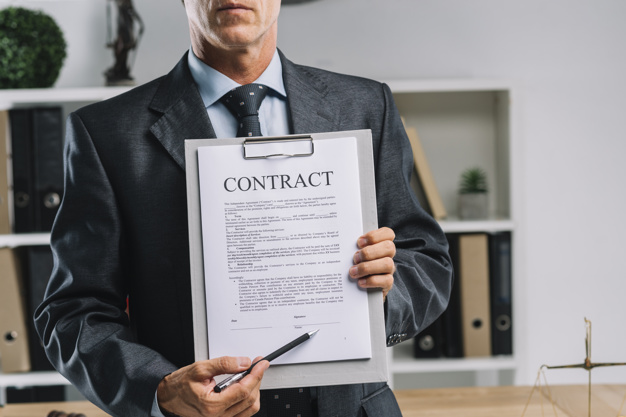 Contracts are formal arrangements between parties because their elements and terms are enforceable by law. When it comes to both agreement and contracts, there should be mutual acceptance by all the involved parties.

A contract agreement does not have to be necessarily put in writing. For contracts, some have to be put in writing while others don’t. For instance, land contracts and those that can’t be completed within a year need a written agreement.

No consideration is essential for an agreement but you will need it for contracts. If an agreement letter does not have the elements that are required on a contract, it won’t have any legal effect. Contracts are legally binding documents and their terms and conditions should be enforceable in a law court.

An agreement is a vast concept that involves any understanding or arrangement between two or multiple parties about their responsibilities and rights with respect to each other. These informal arrangements usually take the form of the gentlemen’s agreement. Therefore, adhering to the agreement terms relies on the parties’ honor and not external forms of enforcement.

A contract is a particular form of agreement that meets specific requirements which are designed to develop legally binding obligations between the parties that are enforceable by a law court.

To be able to reach a letter of agreement, all the involved parties just need to come to a common understanding as to their relative responsibilities and rights. This is what normal people refer to as the meeting of the minds.

Forming a contract has more precise requirements which is not the case with the letter of agreement. Here are some of the essential elements that should be in a contract.

The contract’s purpose has to fall within the lawful conduct confines. It means that the court will not enforce any contract that revolves around an illegal thing.

Both the parties in a contract should be able to comprehend the situation and have a clear understanding of what the contract entails. Therefore, there is no minor party in the contract and none of them should be under the influence of alcohol or drugs.

None of the parties should be mentally deficient in such a way that it prevents them from understanding the contract terms. Non-competent parties in a contract can disavow the contract hence rendering it void.

The parties should freely consent to the offer and acceptance without any form of coercion. All the parties should agree to similar terms with a deliberate intention of forming a binding agreement.

If the contract meets all the above requirements, it is enforceable by a law court. Thus, the court can compel any non-compliant parties to abide by the contract terms. Contracts should not generally be in writing. There can be an oral agreement as long as it possesses all the listed elements to constitute an enforceable and valid contract.

However, there are situations that need the contract to be in writing for it to be enforceable. The situations are normally stipulated in the statute of fraud of the States of America. The precise list of these situations varies from one state to another. However, most of the statutes of fraud need the following contracts to be put in writing:

A letter of agreement can simply entail accepting the offer that another party provides. This is not a contract because the scenario doesn’t involve consideration. The other examples of agreements that are not agreements are the unlicensed betting pools and gentlemen’s agreements.  The main element of any non-contract agreement letter is that it isn’t legally enforceable. You can download a letter of agreement sample online for your action.

Common contract examples are end-user license agreements, non-disclosure agreements, accepted purchase orders, and employment contracts. Some people even refer to them as letters of the agreement but they are contracts. Regardless of the name, the contract has all the required elements and the court of law can enforce it.

Benefits Of Having An Letter Of Agreements

The primary benefit of a contract is that it stipulates the particular terms that the contracting parties agree upon. In case of a breach, where one of the parties fails to fulfill its obligation, the contract serves as a guide for the court of law to determine the right remedy for the party that is injured.

The main benefit of agreement letters is the fact that they are inherently informal. The agreeing parties should have a long-lasting relationship and also share a sizable amount of trust.

You can save a lot of time by using a non-contract agreement. It also supports a high level of flexibility in fulfilling the obligations that are agreed upon.

2. Free From Any Valuable Legal Info

Agreements that don’t have all the important elements of a contract can be more viable in cases where crafting a contract proves to be prohibitively burdensome on the involved parties.

Even where the parties trust one another and have a good relationship, the contracts provide an additional layer of assurance that the obligations that they have entered into under the contract will get fulfilled as per the intention of the parties. It is advisable to go for contracts instead of the less stringent letter of agreement, especially when dealing with a commercial matter or official business. The reason is that it adds an additional layer of protection.

How To Write A Letter Of Agreement?

Here are a few steps which you can follow to write an authentic letter of agreement.

Step1: Start with writing the documents. You have to add the title on the top of your documents.

Step2:Give your personal information. (Your name, present date,contact no, phone no, email id, and address)

Step4:Then start to introduce the body part of the paragraph.

Step5:Conclude the letter, then sign the agreement with a date.

What Is The Goal Of Creating A Letter Of Agreement?

What Makes A Contract Valid In The Philippines?

However, for something that is legally enforceable, you should go for a contract. Knowing how each of them works will help you to make an informed choice between the two of them.

Sofia
Sofia Kelly is a passionate blogger. She loves to share her thoughts, ideas and experiences with the world through blogging.
Previous

What Are The Child Labor Laws In Texas?

How To Cancel Lexington Law – Step By Step Guide

Whether you’re a business owner, a student, or simply someone who’s interested in learning more ...
By Sumona
November 22, 2022 Having DUI lawyers can change the lives of people completely. However, at some stage of ...
By Arnab Dey
November 18, 2022