tArticle 2 of the US Constitution is an utmost important part as it deals with one of the three main wings of the government- The Executive Wing.

So what is Article 2 of the US Constitution?

Article 2 is one of the controversial parts of the Constitution as it vests a lot of power in the hands of the POTUS- President Of The United States. The Government of The United States operates in a federal structure. It ensures that the mechanism of checks and balances is carried out by a clear separation of powers.

The Executive And Separation Of Powers

The Doctrine Of Separation Of Powers originated from the political work, “Espirit Des Louis”,  by the renowned French philosopher, Montesquieu. Translated to “The Spirit Of The Laws”, it holds that political power in its entirety when vested in one single body, gives rise to corruption and tyranny.

Let us dive in without further adieu!

Article 2 Of The US Constitution: The Executive

Article 2 deals with the Executive Wing of the United States. It consists of 4 sections, all dealing with the appointment, powers, responsibility, and impeachment of executive officials.

The President is to serve a term of four years along with the Vice President.

The President does not possess the power to unilaterally and independently declare war on any nation, but he can exercise his power to summon the military in case the US is under attack.

He must however notify Congress of his actions and the source within 48 hours. Post notification, the military may continue in their course of action for the next 60 days. The President may choose to notify Congress further that he determines and certifies the current situation requires further military assistance.

The President has the power to determine the Foreign Policy of the United States. He might arrive at non-binding discussions, and give assent to agreements with foreign nations which will be later subject to the approval of the Senate.

The Appointment Clause of Section 1 Article 2 of the US Constitution states that before the President appoints an individual,  the Senate must approve his appointment. The President made around 4000 appointments made, including appointments that require Senate approval and ones that do not.

The Congressional Research Study Institute found in a 2012 study that there were only 1200-1400 appointments that required Senate approval. (Secretary of Commerce, Agriculture, Defence, etc.)

In Chiafalo v. Washington(2020), the Supreme Court held that the electors shall cast their ballot for the designated Presidential candidate.

Clause 3 of the Section talks about the electoral college. A vote by Ballot for two people is to be carried out, of whom one person has to be the inhabitant of the concerned state. The candidates and their votes are to be noted. The one with the majority of votes is chosen to be the President.

Clause 5 states the qualifications of a President. They must:

The Vice-President is to fulfill the duties of the President in case of Death, Resignation, or inability to discharge his duties.

The President gets a salary of $400,000, currently which is to stay constant during his term. Both the President and the Vice President are not permitted to hold any other posts under the state or the federal governments.

Before entering his office, the President is to take an oath stating that he shall perform his duties to the best of his abilities.

Section 2 Of Article 2 Of The US Constitution: Powers Of The President

The Constitution has vested the president with inherent emergency powers. He holds the position of Commander-In-Chief to the armed forces. He also has a broad range of executive power, which has been left undefined.

In the case of Nixon v. General Services Administration, the Judge held that it would take a lot of effort to describe the President’s exact role in the republic. Approximately 136 emergency powers have been delegated to the President by Congress.

Clause 1 of the Section states the following powers that are to be enjoyed by the President:

The concerned authority bestowed the Executive with a substantial amount of power when it comes to the safety of the nation. Congress has the actual power to declare war. Historians have argued that after the Korean War, it has become evident that the President acting through the executive has the power to initiate or revert to hostilities.

In the case of United States v. Wilson, it was held by the Supreme Court that the Convict being granted pardon has the option to decline it.

Clause 2 of Section 2 talks about the following powers:

A treaty with the Republic of China is now known for its notorious reputation of being terminated by President Jimmy Carter without prior or subsequent notice to either house of the legislature.

In a strange case of 1931, the Senate rescinded the advice provided and called for the cancellation of such nominations. After the application of the Writ of Quo Warranto, the Supreme Court ruled that the Senate did not have the authority to rescind advice, once given.

The President, if he deems fit may ask any officer to present his advice in writing. The Constitution has no formal provision mandating a Cabinet. President George Washington was responsible for organizing a cabinet that consisted of all the principal officers. The tradition has been continued ever since.

Section 3 of Article 2 of the US Constitution deals with the responsibilities of the President of the United States.

The first Clause deals with the Presidential address to the State of the Union. President Jefferson had found this to be similar to the speech initially delivered by monarchs in the UK. He had instead sent written messages to Congress through clerks. But gradually President Wilson started with the tradition again.

Clause 2 is known as the recommendation clause. The President is to make necessary recommendations to Congress if he deems fit. This is considered to be both his duty and his responsibility. Congress, however, at any point cannot exercise this as a power and force recommendation.

In Youngstown Sheet & Tube Co. v. Sawyer(1952), the Supreme Court held that the clause establishes that making law cannot be done by the President alone.

As per Clause 3 the President has the power to call one or both houses of Congress in case there is a need for one when Congress is not in session.

This provision states that it is the duty of the President to host all foreign ambassadors.

Clause 5 is also popular as the “faithful execution clause” or the “take care clause”. It stipulates that it is the duty of the President to see that laws of the United States are being implemented properly. Judges and other prominent figures have interpreted this provision to mean that the President has no power to suspend the laws. He is to take care that the laws of the United States are duly implemented.

In Mississippi v. Johnson(1867), the Supreme Court held that the judiciary cannot meddle in between the President and his execution of laws.

A commissioned officer is a member of the armed forces or other uniformed services. They generally hold a position of authority. The President can directly commission them. Commissioned ranks are the highest in the military.

Section 4 of Article 2 of the US Constitution deals with the impeachment of executive office holders. The President, the Vice-president, and any other civil office holder are eligible to be impeached on the grounds of,

So far, only one cabinet official, fifteen judges, three Presidents, and one Senator have been impeached. Out of the fifteen, the authority has successfully convicted and removed only eight judges from office.

The provision of impeachment is a manifestation of sorts of the system of checks and balances. It gives Congress the opportunity to remove any arbitrary or tyrannical element from governance.

Most officials whose reputations have been tarnished by scandals prefer to resign than go through with the cumbersome process of impeachment. There seems to be some ambiguity about the impeachment clause, the “high crimes and misdemeanors,” phrase, mostly.

The section does not empower Congress to impeach officials for their incompetence to hold office. Any official cannot be impeached because they are bad at their jobs.

The executive, as dealt with in Article 2 of the US Constitution is a significant part of the mechanism of the United States government. The executive is essential for:

Although the executive has its roles, its growing powers have been a source of debate among political thinkers. In a Presidential form of Government, the scope of the executive often tends to go beyond its stipulated limits, encroaching and overpowering other wings of the government.

Thus, a system of checks and balances is important to maintain a clear and healthy separation of powers. 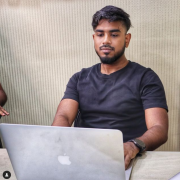 Article 3 Of The US Constitution

Wildfires are a natural part of life in California. But they can also be devastating ...
By Abdul Aziz mondol
January 20, 2023

Starting your law firm is a big journey to embark on. But even though there’s ...
By Sumona
January 16, 2023